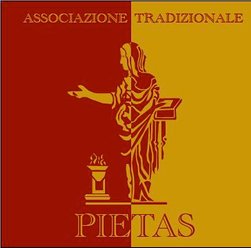 The Pietas Traditional Association is located in Rome and owns a number of representatives all over the national territory (Genoa, Ivrea, Milan, Bologna, Prato, Taranto, Crotone, Catanzaro, Soverato, Palermo etc.) and abroad. The PTA is a non-profit association, its purpose is the promotion, spread, and evaluation of Greek-Roman Tradition, with a keen eye on several holy aspects behind ancient cultures.

Many public cultural activities are promoted by the association to reach its objectives: gatherings, conferences, researches, debates, seminars, exhibitions, cultural trips in historical sites among Europe, formative activities, and the publication of periodicals. Further informations are available on this website.

THE CONCEPT OF PIETAS

Unlike other traditions, the Classical Tradition is focused on evolution, introspection and discovery.

It isn’t statically fixed on itself as traditionalism suggests, but it dynamically lives new experiences to improve its rise.

The Association is born in Italy by the will of some aficionados of Roman culture, archeology, law, economy, philosophy, and gradually enriched with the increase of members and collaborators of various background and nationalities – archeologists, historians, epigraphists, art critics, painters and sculptors, linguists, jurists, medical doctors, economists, etc.) to represent ancient wisdom in the current civic society to the very best, in order to recover the precious heritage of our ancestors from a maturely modern angle.

Pietas – as found in the Latin dictionary – is the feeling of duty; the proper affection for parents, sons, spouse, and friends; the dutiful sentiment for justice of men and the Gods, that is common in every religious idea, and consequentially tolerance and respect for all.

The word pietas comes from the term pius, which means “pure”. Originally the concept was limited to couples and described the reciprocal trust and esteem, but it later expanded to the relation between man and deity. One can truly speak of “duty of love” in this sense, because the term surpasses the concept of respect to reach the one of affection.

For Cicero pietas is an act of justice made toward the Gods, as well as a duty (officium) and a care (cultus) for the blood relatives. It also had to be felt greatly toward the fatherland (pietas maxima).

For Virgil the concept of pietas was enriched of humanitas and misericordia, gaining the inclusion of understanding the suffering of others.

THE ROLE OF PIETAS TODAY

In a corrupted and decayed society like the present one, Pietas takes on the fundamental role of recovery of sane valors behind Romanity, like fairness, loyalty, to stand by our word, to observe the sacred as the love for the family. Only with determination and the highest of valor today’s men can take back their destiny, to depart from the clutches of mental darkness and head to the enlightenment of self-discovery. 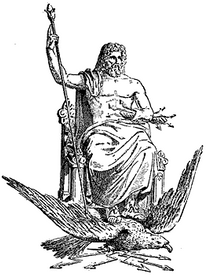 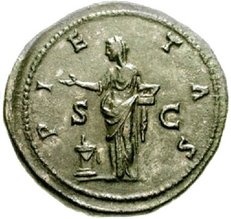 The association’s president is elected by the Executive Council (art. 14 of the statute). His figure is central not only for the administration of societal competences, but is personally involved in the commitment and fulfilment of the association’s purposes.

The Executive Council of Pietas has elected the archeologist Giuseppe Barbera for president. The honorary presidency was assigned to professor Gianfranco Barbera, the first contributor responsible for the development of many previous communities prior to this one.

The Association provides an official blog where finalized articles are published under presidential observation. To enter the official blog click the button below.